An American Breakdown: Electra Heart Chronicles the Death (and Rebirth) of a Diva 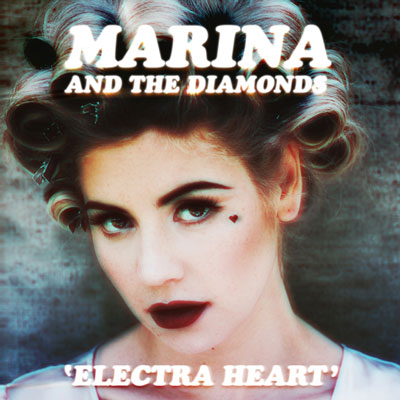 Electra Heart is the sophomore album from the Welsh Indie-Pop artist Marina and the Diamonds.  It is a massive departure from her first album, “The Family Jewels,” both musically and thematically. This is probably the result of her loosening the reigns of control and collaborating with a few American producers on her songwriting , as opposed to doing the whole album on her own as she did on the previous record. Choosing to collaborate is always risky for an artist, particularly in the Pop genre where Americans like to sell image before substance. Be it fate or luck, she found the right people to work with, because not an ounce of her style, acid charm, or creativity appears to be compromised. Electra Heart is a cohesive, polished album, with a very distinct point of view. The music is electronic from top to bottom, and she has one thing on her mind, Love. Before you groan because the world doesn’t need another sappy song about getting back together with your ex, let me assure you, Electra Heart is more about the power dynamics of and emotional baggage we all carry into relationships. When Marina decided to take on love, a task that is mostly absent from her first album, she wanted to be as honest as possible. She wrote the majority of the album while living in Los Angeles, experiencing firsthand the personalities and events she used to piece together the persona she wrote the album from. So with the release of Electra Heart, we are once again invited into the slightly twisted world of Marina and the Diamonds, and boy does she have a journey in store for us.

The stand out tracks for me are “Homewrecker,” “Starring Role,” “Living Dead,” and “Fear and Loathing.” Through these four songs you can basically get the whole feel of the album. A damaged, misguided, jaded  girl obsessed with love tries to value herself based on her relationships and the power she can garner from them. But in the end she realizes that people might not be as malicious as she thought. The album goes through a cyclical build up until she finally breaks down and realizes that her power comes from the choices she makes and not the things she can rend from lovers. While it is very different from her first album, Electra Heart still brings out one of the best components of Marina. She takes pop music and infuses it with substance and meaning. This is a great album for anyone who enjoys distinctive vocalists, and well penned lyrics, as well as those just looking for something with high energy dance tracks and slower evocative electronic beats. 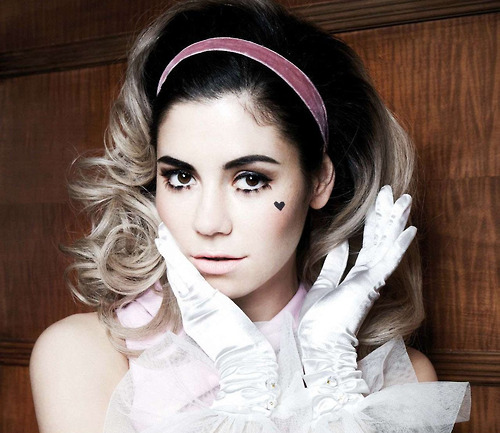 I prefer the U.K. release of the  album as opposed to the American one. The track that isn’t on the U.K. version, “How to be a Heartbreaker,” was a late addition to the album, and Marina has said it will be made available to everyone bought an early version of the album without it. I highly recommend getting it. There are three tracks on the U.K. release not on the American one, and you would be missing out without them. They are “Living Dead,” “Lonely Hearts Club,” and “Buy the Stars.” The last one, “Buy the Stars,” is classic Marina, an acoustic, haunting, highly personal song full of metaphor and wordplay.

I could go on for hours about Marina and the Diamonds, but for a lot of people that was quite enough. For the rest of you, here is a track by track breakdown of the album and where I thought it fit into the overlying themes.

The first track, “Bubblegum Bitch” lays the tone for the rest of the album. There will be no shy introductions here. Electra Heart makes her presences known from the opening note of the album and extends us the privilege of following her through her evolution from mass produced narcissist  to human being.  “Got a figure like a pin-up, got a figure like a doll. Don’t care if you think I’m dumb, I don’t care at all.” It’s hard to feel anything but disdain for the persona, but the music is so darned catchy you want to see where it will go next. The follow up track “Primadonna”  plays like a mantra for the pseudo-celebrities inundating American culture at the moment. This song is musical satire at its best with dashes of self-loathing thrown in for good measure. Warning: You will be caught singing along to this one in your car, don’t fight it. It is hard to tell how this persona could get any bigger or more ridiculous from here. Surprisingly, it doesn’t.

The first crack in the perfect veneer comes  along with the third track “Lies.” The album has lots of moments like this, delusional empowerment tempered by bittersweet resentment. The juxtaposition of the femme fatale persona with the quiet vulnerable woman on these slower tracks is poignant. It’s reflective of the cycles we all put ourselves through after we’ve had our heartbroken. This is probably the second best of the slower songs on the album proper. As it ends we are taken into a chantey parry. “Homewrecker” starts as spoken word and then pounds into an infectious chorus. It’s the self-aware lyrics that bring the power to this song. She embraces the negative image of a heartbreaking homewrecker, because it doesn’t affect the things she values and it makes her feel strong. “I guess you could say that my life’s a mess, but I’m still looking pretty in this dress.”

Here we have another rollercoaster switchback but this time something seems to give for our malcontent heroine. “Starring Role” is a bitter confessional, for the similar subject matter, it could be titled “Lies, Part 2”. But we slowly start to see the bigger picture being painted by Marina. The recurring themes of vulnerability and rejection  seem to explain why Electra would embrace the Homewrecker archetype. The relationship she is singing about leaves her feeling inadequate and in response she starts bottling up her emotions. Here she is trying to turn the anger and sadness into strength, but bleeds from prior emotional wounds. “You’re like my dad, you’d get on well. I send my best regards from hell.”

The self-reflection leads to the bittersweet “State of Dreaming,” once again followed by a callous heavy hitter that really smarts, “Power & Control.” This one is all about the dynamics of relationships and deriving your worth from them. Electra is treating relationships as war, and her lover as an enemy to be broken. Every move is about gaining 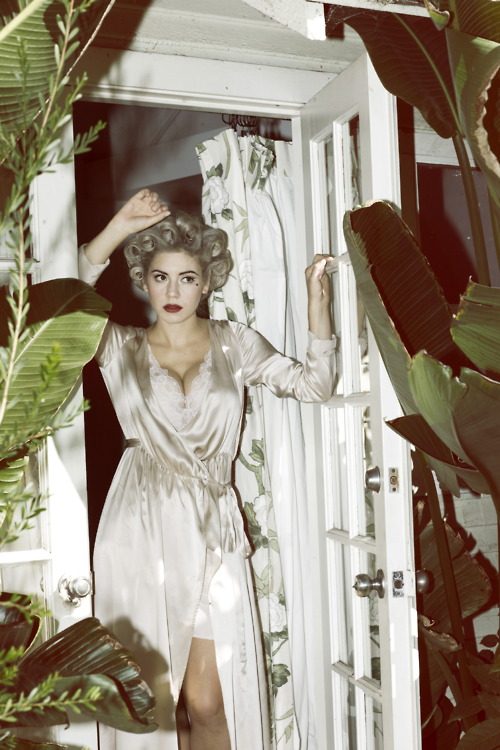 the upper hand and manipulating the other person. Even in a defeat she refuses to be weak.  “Living Dead” is the first song that is blatantly about reinvention. The upbeat yet slightly morbid song is about the strength that comes from letting go of who you were and giving yourself the freedom to become something new. “I’m living dead, only alive, when I pretend that I have died.” Electra is realizing that when she lets go of herself and pretends to be someone else, she feels better about who she is. This song is not on the American release of the album, which is a horrid shame, because it is one of my favorites.

The next three tracks are integral to Electra’s transformation but are the least favorite of mine. In “Teen Idle” we get a back story of her teen years, and learn that she is full of regrets about how she spent that time. You can’t help but wonder if that partially fueled her narcissism. Next, “Valley of Dolls” is more generally about the culture she was raised in. She is questioning the values she had accepted. “Hypocrates” is the one song on the album proper that doesn’t feel quite right. And while it is showing that the Electra persona has learned to question the influences on her personality, I could skip it every time and not feel like I missed much. 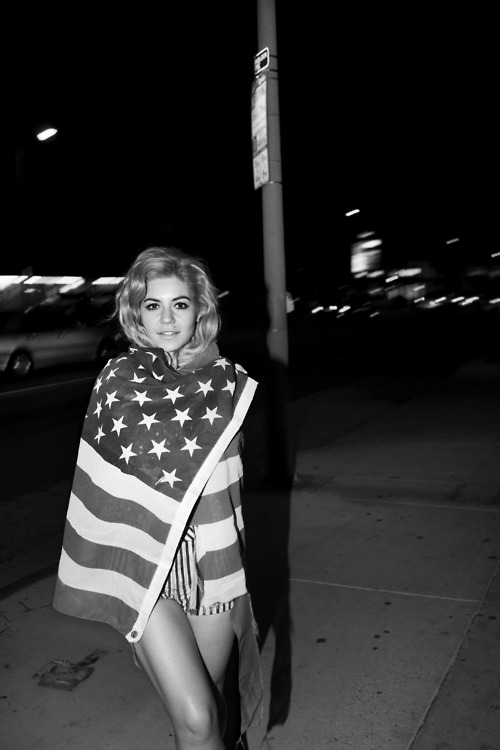 If the vulnerable elements of the album could culminate into a crystal drop of hope, it would in turn become the last official track on the album “Fear and Loathing.”  This is the rebirth of Electra Heart. Even though it is slow and melancholic, I would say it is the most empowering song on the album. She is giving up the masks and anger to embrace inner serenity, even though she is still unsure of who she is, she knows who she doesn’t want to be. There is an element of fear pervading the track, but a hopeful kind.

Before I close I have to talk about the track not previously mentioned, “Radioactive.” This one is on the deluxe version of the U.K. release and is included in the main album of the American release. This is a high energy dance track. It is a lot of fun and happens to be my boyfriend’s favorite track on the album. It was originally released as part of her pre-album web video series. I’m happy it was included here, even if it didn’t quite fit with the persona of Electra Heart.