Home Crash Chords Blog Before Burton and Elfman, There Was Fleischer and Calloway

Before Burton and Elfman, There Was Fleischer and Calloway 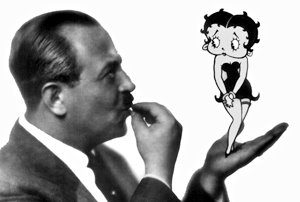 When most people are asked to think of cartoon history icons, they’ll most likely conjure up Walt Disney & Mickey Mouse—or, if their memories are a bit shorter, perhaps Warner Brothers & Bugs Bunny. This is not to imply that the work of the final culprits, Max Fleischer and his famous jazz-baby Betty Boop, have gone forgotten, but rather that, like Gimbles, Betamax, and Sega, their limelight was dimmed and finally snuffed out with Fleischer Studios’ abrupt acquisition by Paramount in 1942. Meanwhile, Disney and Warner Brothers went on to dominate the big screen and television, respectively, entrenching themselves firmly in the post-war American consciousness.

The Jazz Age, however, sported different values than, say, Warner Brothers’ perpetual celebration of mischief or Disney’s later foray into “high art”—traits which their music reflected. The Jazz Age often valued absurdity for the sake of it, and therefore drew influence from the surrealist shapes and mannerisms of another contemporary art movement: expressionism. In both its visual form and its music form, expressionism was intended as a means to provoke intense feelings by distorting reality. It was especially used to provoke feelings of horror, lust, despair, and madness. Tim Burton and Danny Elfman would later utilize the same tools in their own endeavors.

Of course, Max Fleischer, not wishing to overly-perturb his audiences, strove to entertain them first and foremost in the 6-8 minutes he was allotted. So, in good humor (and an artistic flair for juxtaposition), he resolved that while exploring the more surrealistic side of his studio’s art, his cartoons’ music would reflect a more uplifting tone, befitting what one would expect from the still novel “moving comic strip.” For this, he began with 1920s pop tunes, but eventually moved on to the most modern genres of his day. Scat-infused Jazz and Swing—precursors to the “Big Band” era—were the types of music being heard in popular nightclubs of the time, i.e. the same music that would accompany a raucous night of dancing, boozing, and schmoozing). The loose and freewheeling medleys were usually led by prominent bandleaders, many of whom attained national acclaim by garnering favorable reviews the from newspaper & magazine editors who frequented their clubs. 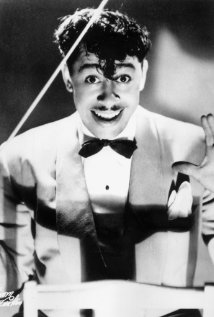 The most ostentatious and celebrated of these bandleaders was Cab Calloway. Known as the “Hi-de-Ho Man,” Calloway’s songwriting, scintillating rhythms, brash singing-style, and gliding footwork all seemed to capture the pinnacle of the Jazz Age nightclub scene. In short, if Cab was performing at your venue, you knew you were in for one hell of an evening. By this time, Max Fleischer had already used jazz-leaning ensembles to sync with his earlier shorts. But in Calloway’s music, Fleischer got more than he bargained for. Not only was his music up-tempo; it was downright irresistible. Until this point, synchronizing animation with music was a tool used to evenly partition frames, but now it provided inspiration by guiding the thematic focus of the short.

The most well-known of these conceptual shorts was “The Old Man of the Mountain”, a song and cartoon that became inexplicably linked for their mesmerizing synchrony and bizarre tale of a girl from out of town (Betty Boop) who peers out of a tourist’s office to find that the entire town is evacuating in fear of the one they call “The Old Man of the Mountain.” After an owl steps forth to tell her the ‘tall tale’ via song (using Cab Calloway’s vocals), Betty righteously resolves to “go up and see that old man on the mountain,” presumably to talk him down from wreaking havoc on the town.  A swift modulation from G minor to F minor suddenly ushers in a more looming backdrop as the naïve Betty confidently makes her way up the mountain alone. En route, we encounter examples of reluctant chivalry, sexual temptation, and some not-so-subtle implications that the Old Man is actually an irreverent rapist. (Such raciness was common in film prior to the Hays Code of 1934, which severely restricted what could be shown or implied on screen.) 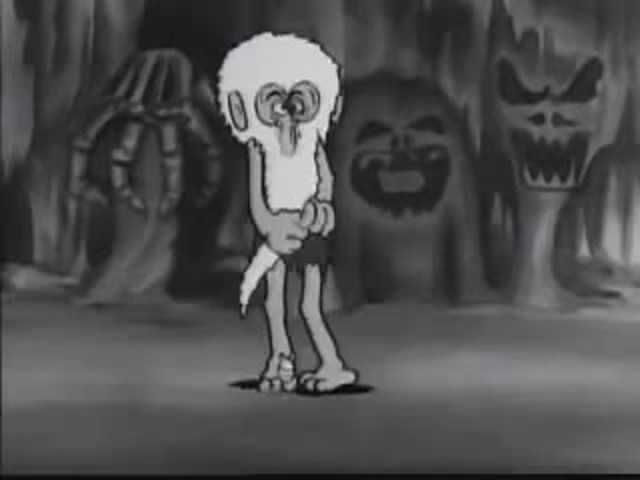 When Betty reaches the top, the music opens up into a lighthearted tune while the Old Man begins to flirt with Betty. It is here that the Old Man breaks out into his iconic dance sequence, made possible by something that only the Fleischers had mastered up to this point: rotoscoping. The rotoscope was a landmark invention for animation, perfected by Max Fleischer himself while in the employ of an earlier animator J.R. Bray. It gave the already heavily synchronized cartoon more fluidity, attributing a lifelike connection between the character and the music. Cab Calloway’s own dance moves were essentially traced frame by frame, and then superimposed over the Old Man. This wasn’t the first time Fleischer would use this technique, and it wouldn’t be the last. In fact, it would become standard practice for many sequences until computer animation models supplanted it.

Following some more aggressive moves by the Old Man, the cartoon ends with a frenzied chase scene, exhibiting Cab Calloway’s trademark scatting by way of, once again, the Old Man, who is fueled by a stein of beer (clearly the tool of debauchery) supplied by ladybugs who live in his beard. Nevertheless, Betty is rescued by the townspeople who, inspired by Betty’s bravery, have now confronted their fears. The cartoon’s simple message is a sweet one, but it’s also bolstered by a range of other more underhanded themes. For this, the cartoon was dependent on its lively soundtrack to succeed; it would perhaps remind modern-day onlookers of all the elements of a good music video—which is essentially what it was. After all, Calloway’s rising fame was accelerated, and the endeavor opened a new avenue for mutual promotion. Calloway often timed his concerts to coincide with the release of the cartoons in various cities.

In the case of Calloway’s “Minnie the Moocher,” Fleischer got more than he bargained for with a song about a girl who—as seems to be implied—falls in with the wrong crowd and ends up “a goner”. Far from “up-tempo”, this time Fleischer was able to use Calloway’s jazz to fulfill a darker end, applying the existing tune to a Betty Boop cartoon of the same name. Betty plays a girl who can’t cope living at home with her strict father, so she resolves to leave home with her friend Bimbo, leaving the note, “Dear Ma & Pa – I’m leaving home because you’re not so sweet to me. I won’t ever be home again.”

Once they embark, mere steps from her house Fleischer’s surrealism comes in full force with Calloway’s music taking on the form of a New Orleans funeral dirge. As they enter the woods, the word “spooky” doesn’t seem to do this masterpiece of animation justice as it manages to manifest a barage of terrors through Fleischer’s trademark “Expressionist” animation. From ghosts to ghouls, skeletons and executions, it is Calloway’s crooning 3 a.m. lounge-atmosphere vocals (from the mouth of a transparent walrus) that deliver half the blow. Over a slower, more mournful segment of scatting—if such a thing is possible—we get an example of expressionism at its most severe. We witness a curious sequence of a cat who gives birth to four kittens, who within the span of seconds, drink their milk and grow to become larger than the mother, who is now drained, disheartened, and bereft of energy. While the label of “surrealism” might caution against too much analysis, Fleischer manages to capture the cyclical, cynical, reality of the family unit in this seemingly harmless short. Finally, after a terrifying chase scene, Betty and Bimbo dash home, Betty crawls under to the covers, and her original note tears itself up to reveal the pointed remnant, “Home Sweet Home.”

Once the Hays Code became enforced, Fleischer’s cartoons had to lose their “adult” sensibilities. Instead, Betty Boop suddenly became more innocent in appearance, she was surrounded by less lascivious characters, and the music took more of a backseat – at times reminiscent of the “lighter” 20s pop tunes from before. The cartoons were consequently stripped of the adult market they had formerly dominated. With full focus now on the children of the audience, the Fleichers now placed Betty Boop as the do-gooder of various situations. Still, without their satirical underbelly, it seemed these cartoons would never attain the same cultural legacy. After all, Betty Boop isn’t exactly remembered as a saint. The Fleischers would revive themselves for a time with the release of the equally popular Popeye, but now in the same ballpark as Disney and Warner Brothers, their time had drawn to a close, and in default of their loans, they were forced to put up their holdings to Paramount. 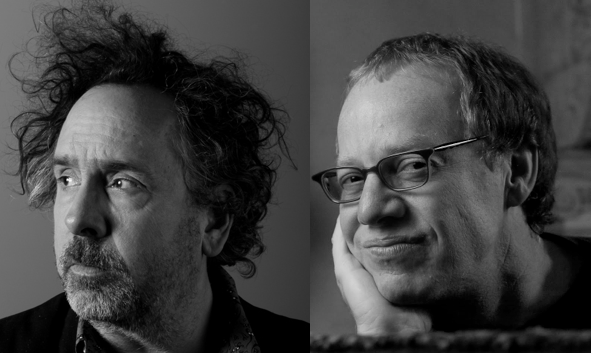 For the same reasons that people have been drawn to music videos since their advent, Fleischer recognized the subconscious need to apply visuals to music as an interchangeable experience. Many composers have collaborated with visual artists over the years, but what stands between “convenient timing” and “astute synchronization” is anyone’s guess. In recent memory, the permanent collaboration of Tim Burton and Danny Elfman is the only pairing that leaps out to the greatest number of Americans because of the grand scope of their films. But they were merely borrowing from a tradition that sought to make the next leap from “entertainment” into “art”. These occasions, rare as they come, are even rarer when so widely acknowledged. For this we owe a great deal to Fleischer and Calloway, pioneers of a yet untested medium.