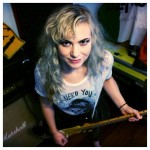 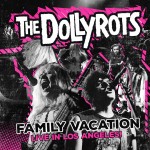 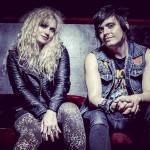 Today, Matt welcomes the lead singer and bassist for The Dollyrots, Kelly Ogden. The Dollyrots’ newest album is a live album called Family Vacation: Live From Los Angeles, released alongside a DVD of the same name! The album is essentially a live greatest hits of the band’s 16-year long career. Hear Kelly and Matt chat about how the band has evolved over the years and where it’s headed in the future. She chats about her life as a rock n’ roll mom, and how that’s affected her writing, touring, and especially scheduling. She also chats about why the band decided to release a live album instead of a new LP, why they included the cover of “Brand New Key”, and what that song meant to Kelly specifically.