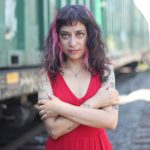 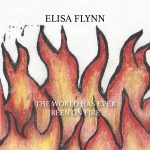 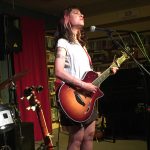 Today Matt welcomes Elisa Flynn, a musician hailing from Brooklyn, NY. With her latest album out called The World Has Ever Been on Fire, Elisa chats with Matt about her time on tour as a solo artist and the bands she met along the way. She discusses the video shoot for the music video of the album’s first single “Before He Went Down”, along with the album’s second single “Sugar”. They cover her writing process and how she puts together an album, and they also share some lamentations over the dwindling music scene in NY — contrary to some of its neighbors such as DC. And so, from the Tripeg Lobo singer/songwriter show she produced at the Way Station to other topics, here’s presenting Matt Storm and Elisa Flynn.