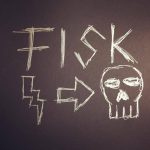 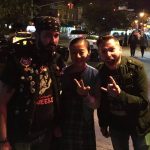 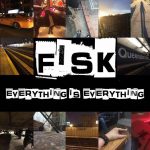 Take a risk on FISK! Overdue for some band bonding, today’s “evening with” presents the NYC-based punk garage band called FISK, consisting of guitarist/vocalist Freddie Heinemann, drummer Brandon Jacobs, and the latest addition, CiCi Young (a punk rock bassist from China who makes a late appearance in today’s episode — so stick around for her abridged, yet fascinating life story). On topics such as “making it” in the music business, the pitfalls of perfectionism, vexing venues, and the trials & rewards of playing in NYC, we’re glad to feature FISK in the limelight of their new EP Stun to Kill, and, as always, to feature their music: two studio tracks and a live & local performance at the Crash Chords studio.