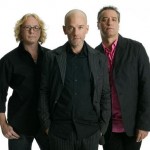 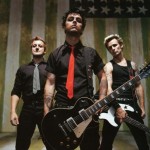 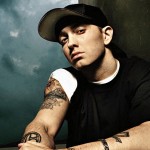 Music isn’t about how you say it, but what you say.

We Americans were unlucky in the 90’s. Sure, plenty of good music came out of that decade, but it wasn’t really substantial. The radio co-opted main-stream radio. And while I listen to anything, on occasion, they have changed from their roots. Pop sold sex, Rap propagated anger, and Rock said…nothing. The ‘Protest Song’ was lost, and this was a tragedy for Americans.

During the 60’s and 70’s, music was used to change politics. It was a key podium for the American Civil Rights Movement and Feminism. It helped end the Vietnam War and give birth to Rap and Punk. But our society started to change it’s values, and the music reflected this. And like I said, it wasn’t all bad. But it was like ordering skirt steak and get the extra-value meal. We lost the Protest Song and replaced it with Fast-Food Music. Sure, the large fries and Coke filled you up, but it didn’t satisfy the same way. What’s worse, not many seemed to realize our order got mixed up.

Now, at the turn of the millennium, our menu was redesigned. Bruce Springsteen released The Rising in 2002, an album reflecting the events of 9/11. Neil Young followed “The Boss” in 2006 with Living with War, calling it ‘metal folk protest music’, using his music as a weapon against the Bush administration much the same way ‘Ohio’, a CSNY song about the 1970 Kent State University Massacre, was used against Nixon. R.E.M. made a comeback to political music with the release of Around the Sun in 2004, their songs ‘Final Straw’ and ‘I Wanted to be Wrong’ being solemn yet sanguine chastisements of the Iraqi war.

It wasn’t just the experienced protestors of yesteryear who made waves. “Perhaps no musical act has paid a bigger price for speaking out against the war than the Dixie Chicks”[1]. And there’s no better way to put it. Natalie Maines, during a 2003 concert in London, said “Just so you know, we’re on the good side with y’all. We do not want this war, this violence, and we’re ashamed that the President of the United States is from Texas”. And the press had a field day. The band was eventually able to recover from the backlash. President Bush, in an interview by Tom Brokaw, had this to say: “The Dixie Chicks are free to speak their mind. They can say what they want to say … they shouldn’t have their feelings hurt just because some people don’t want to buy their records when they speak out … Freedom is a two-way street”[2].

Eminem’s Encore album, released late in 2004, featured the song ‘Mosh’. Following in the style of political hip hop bands such as Public Enemy, the video was released just prior to the 2004 Presidential elections. The original video features a crowd rushing into a voter registration area, while it’s second incarnation has those voters bursting into the Capital, demanding their voices be heard[3]. Eminem used ‘Mosh” not just to speak out against the Bush administration but also to encourage young voters to make their voices count. Rise Against has gone a slightly different route in the political arena. The groups members are all vegetarians, and are huge supporters of PETA[4]. Their recent video for their single ‘Ready to Fall’ features footage of factory farming, deforestation and sport hunting[5].

One band, though, has certainly stood out amongst the rest. An album with a quarter of a million sales in its first week, five-time platinum in the U.S. alone, it has now resurfaced again in a musical number[6]. Green Day’s American Idiot is a force to be reckoned with. The album is a satire of the U.S. in 2004, commenting on domestic and foreign policy and the propaganda hurtling at us through television and radio. The concert/documentary based on the album, Bullet in a Bible, lead singer Billie Joe Armstrong starts of the song ‘Holiday’ by saying “This song is not anti-American; it’s anti-war”[7]. ‘American Idiot’ tells tells the story of a teen trying to separate himself as an individual in a nation of sheep, trying to fight those who tell him what to do, what to buy, how to think.

There are many more individuals out there that have begun their protest again. Anti-Flag, Flobots, Rage Against the Machine, NOFX, John Mayer, Willie Nelson, the Beastie Boys. Music has been society’s commentator since its inception. Once again it has something to say.