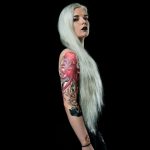 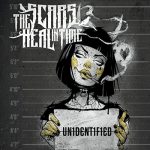 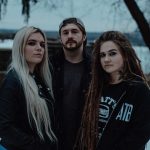 Today, Matt welcomes Kayla Smith, vocalist for the band The Scars Heal in Time, a band consisting of Kayla, her sister Tayler Smith on drums, and Tyler Niccum on guitar. The band’s latest EP Unidentified is recently released, featuring the singles “Grip”, “In Your Flame” and “I’m About to Break.” With Matt, Kayla chats about how long she’s been playing and writing music with her sister and about the band’s origins. They dip into tour life, their influences, and the idea behind making a live performance video for the single “Grip”. And so, from some notes on the album’s cover art to more facts about Kayla and the band, here’s presenting Matt Storm and Kayla Smith.