I grew up with an angry, alcoholic father. Suffice it to say there was a fair share of yelling in the house. I’m all grown up now and I’ve never thought twice about what that may have done to me, now that I am older. I never thought it would affect my musical tastes, but the mind is a richly latticed work of evolutionary art, and everything is connected. Waxing on my past got me thinking: Why do we like the music we like? There is no definitive answer, but there are many theories out there. 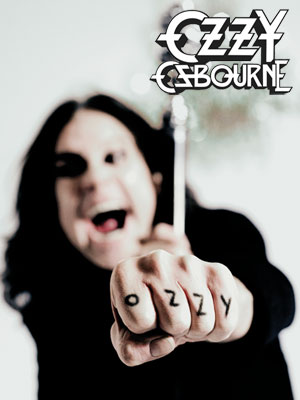 One of the most obvious reasons we may like a certain genre or artist is through past experience. If you grow up with a dad who loves the Beach Boys and Ozzy, chances are you will like them too, especially if it gets tied to a happy memory. The Beach Boys remind me of long afternoons fishing in the summer sun; it was the only time my dad was tolerable, which may quite possibly strengthen my bond with that band. That and I find their peculiar lifestyle outside of the band fascinating, but we’ll leave that for another article. On the flip side, I don’t really like artists that scream a lot in their vocals. Is it possible that I connect the screaming in the music with the screaming I so often heard throughout my childhood somewhere inside my head? Maybe. I think it may go deeper than that, to something more rudimentary.

I have a long-standing love affair with the brain. It houses so much information it’s hard to get a grasp on it. And the brain controls everything from heartbeat, breathing (which now I am sure you are thinking about and doing manually, my apologies), and how we feel. A substance I have spoken about previously is dopamine. Dopamine is the “feel good” chemical. It is a neurotransmitter, which helps speed up the passage of information between neurons, the little microchip-like cells that comprise the core workings of the brain. Now my father is an alcoholic, and addiction is something very strongly correlated with these chemicals, and how much or how little we produce. Heavy alcohol and drug use can change the amounts we make from one degree to another. This is probably why I don’t seem to be an alcoholic while he is. Something is turned on in his genetics that causes him to react to things that produce these effects more than others. Now who’s to say that there isn’t a similar gene that says, “if you hear sound X, you will produce Y amount of dopamine?” We already know music makes us produce it. It only makes sense that we may be hard-wired to like certain sounds over others because our genes tell us so. Could this mean our taste can be predestined? 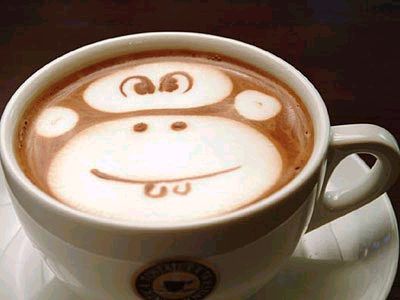 A tone, simple, pure, and alone, is just a sound―a musical note without much direction, a particle floating in the sea of time. Tones, in succession, make a scale, which fits into an octave, but there is a lot more to it than just that. In the mid-range of human hearing, where we don’t have to strain to hear things, we can distinguish around 240 different pitches over an octave. With that much differentiation you would think that music would be wild and chaotic, with no one sound ever sounding like the other, but you’re wrong. Regardless of how much we can hear, throughout history and in western classical, folk, and popular music, as well as in many other musical traditions, we only use about 5 to 7 tones. The true understanding of why this is is still not quite understood, but it’s wild to think about. Some scientists think it’s due to a correlation between musical tones and human speech. Most people may not realize there is a lot more to the way we speak than, “ay yo, can I get a cuppa coffee ova hea!” There are tones and harmonics running up and down our vocalizations. A lot of the harmonics in human vocalizations are the same ones in the small number of scales.

Another idea, and my favorite, is the idea that our musical taste is a byproduct of evolution. Human beings are amazingly adept at stringing perceptions with reason. We find connections between things, even if they aren’t there. Early humans didn’t have that problem. A lion’s roar simply meant, “Run!”, and the sounds of a heard of animals might mean, “Food!” The problem is that this ability was never turned off, and it’s why human beings are such good problem solvers. But these same things were used in mating, as well. A Human can perceive another that they find attractive. Someone they wouldn’t mind furthering the cause of the species with. They will notice what they look like, what they wear, how they sound, what they listen to, and we will draw lines from one thing to the other, back and forth, until there are no more connections. Then we may notice that similar people of the same species also have very similar views. They may dress, groom, and act similarly to one another. This is mostly done in the subconscious as well, so we’re not even really aware of it. We’ll then use the information gathered to make ourselves the best candidate for potential mating. We might change our hairstyle, our clothes, and definitely our music. You want to portray yourself as the top specimen of what the other person wants, so they will notice you, make these same connections, and draw the conclusion: “Dayam, imma hit dat!” The amazing part is that all of this is done under our hoods, deep within the brain. I really feel there is something to this, because I have no rational understanding as to why I know so many Backstreet Boys songs, or why I know the words to them. It could easily be that I saw a pretty girl one day, who happened to be listening to them, or talking about them, and my brain just made the connection. 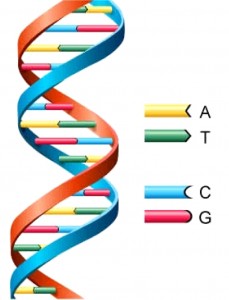 Whatever the reasons, people like what they like. It could be from experiences in the past, hard-wired genetics, the underlying sounds that resonate with us on a fundamental level, or even something as abstract as evolution. Music is just as complex a structure as a strand of DNA. Just as everything that makes you what you are is stored within this tiny structure of amino acid, every piece of music ever written by anyone is within a remarkably small range of all the music we hear. And just like DNA, it is very hard to understand. We have mapped our genome, but the intricacies still elude us, and the intricacies of music will elude us as well, for a long time coming. There’s just too much complexity to break down all of it for us to understand. All we can do is just sit back and enjoy it, because that’s the reason for music anyway, right?