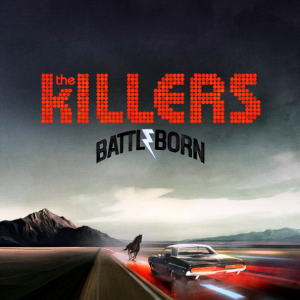 From the first few lines to the last few chords, you are in for a ride!  It is a very simple ride: the sort you might experience going to and from work each day, or maybe on that hour-long trip to Grandma’s for the holidays.  While there were a few tracks that stood out, this album is the travel equivalence of a police car pulling over a speeding motorist.

The entire album feels like the works of novice artists who listened to too many generic 80’s love ballads. It had tired chords, unimaginative lyrics, simple progressions, and boring melodies. While not completely unlistenable, I am left with no connection to any single track.  This is not the band that gave us “Mr. Brightside”.  There is a grand feeling in the emotional singing that doesn’t match up with the lyrics, such as in “A Matter of Time,” where the summertime love theme tries to hit arena-rock proportions, but gets dragged back down with one too many ‘whoas’, or in “Deadlines and Commitments,” where the lines become lost as they register.  So many songs have such a listless feeling, with no direction and no destination. 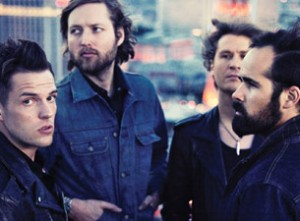 “Runaways”, easily the most distinctive and emotional of the songs, luckily appears as the second track. I also feel for “Be Still” (which was a close second favorite), but after some very generic noise in its wake, I had to go back and listen to it separately to truly begin appreciating it.  Even so, I find myself grasping at straws.  “Runaways” has an emotional build-up, but never truly climaxes. (It’s worth mentioning because it builds more than any other track on the album, which lack even this much.)  “Be Still” has an excellent intro, but is ruined by the incessant synthesized beat of a child’s toy keyboard. In reality, the best of this album merely approaches good, while the worst does border on unlistenable. What is intended to be heart-felt, instead feels gaudy, offering us little to no instrumental distinctions from one track to the next.

Through aimless thoughts and simple instruments, The Killers have fully removed my desire to participate in their future endeavors. They are no longer the band I once enjoyed, and I really cannot, in good conscience, recommend this album to anyone outside the most avid Killers fans.