It’s been a while since Ska was on the scene in music, but The Pandemics prove that not all is lost. A full-fledged eight-piece band, they bring back the 1990’s sound with a New York edge. As a blend of jaunty guitar and piano work, with real dedication to the horns and East coast attitude in their lyrics, I find myself flowing along to their music as early as the first few chords.

From New Rochelle, NY, The Pandemics are a band with a serious mastery of melody. And their album, Brain on Tap, showcases a nice variety of themes. The title track has a great punk feel, while the track “Chelsea” is more easy-flowing. Then you get hit with “One Night Stand,” a true Blues tune with a Rock edge.  Afterwards, “Rhumba de los Muertos” and “Separate Parts” show that you can always throw in some Spanish chords for good effect. “Separate Parts,” along with “Skaramanga,” are pure instrumental works, with many instruments dueling for prominence without overpowering each other.

That is probably the best way to explain The Pandemics. Each instrument is working together to make something greater than its parts, yet at the same time, no individual voice is being lost in the noise. The drums and guitar set the tempo, but it’s the horn section that really sets the tone. Everything is balanced against the vocals, so the message never gets lost, but it is easy to hear what each musician is trying to say. This is most easily expressed in the final track, “He Man Woman Hater’s Club,” where every instrument is crying out with the lyrics.

My personal favorite track is “Sleepy Sunday (New York City),” with funny, slightly ironic lyrics, complimented by a nice drum and piano tempo, sweet saxophone tones drifting in and out of the trumpets. I felt like I was walking through early-morning Times Square, a little too bleary-eyed and not yet sober enough. 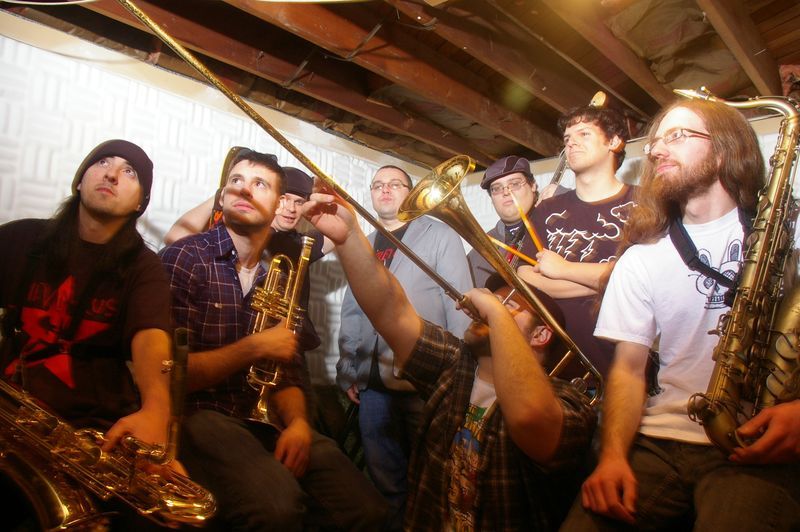 If you’re looking for a complex sound and something to groove to (or, are missing music from The Mighty Mighty Bosstones or The Toasters), then check out The Pandemics.