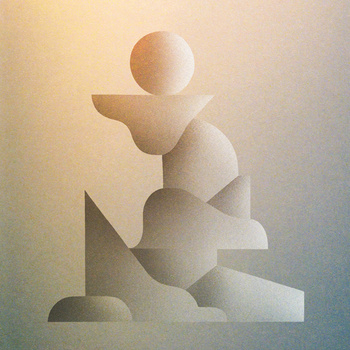 Overview: This one-man project blends lyrical melodies, mathy guitar & drum parts, and electronic music to make a catchy, yet challenging listen. Ultra Gown is the perfect gateway into math rock, a genre which, with its angular rhythms and melodies, can be off-putting to newcomers.

Ultra Gown is an album I found by mindlessly wafting through the endless droves of self-released internet content. An hour of listening to random songs on Soundcloud, clicking on YouTube sidebars, and perusing comments finally led me to Zefs Chasing Cara’s (ZCC) Bandcamp. This album deserves more attention than it is getting. From the first track, it is apparent that ZCC has created a unique sound that, while inspired by math rock, is entirely his own.

The album’s first track, “Pink Sweat,” starts with a harmonized tapping guitar part with a bouncing rhythm. This short section’s playful feel and melodic quality sets the tone for the rest of the album, telling us there will be more than enough wonky rhythms to go around, but not without a solid melody to ground them. This track along with the next two, “Joal” and “Archal-Lodge,” squarely put us in math rock territory, but they also offer something more. On “Joal,” tapping and pecking guitars are later joined by marimba-like synth sounds and electronic drumming. “Archal-Lodge” features multiple layers of interlocking rhythms bouncing back and forth. We can easily hear that ZCC has a huge palette of timbres to draw on. In “Archal Lodge,” we hear guitars with rapid-fire staccato delays, and what could be a synthesized vibraphone or a highly processed guitar. It is one of many points in the album where it is difficult to tell if you are listening to an effects-laden guitar or a  synth patch. 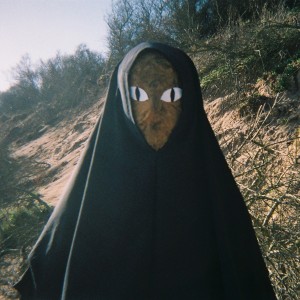 On the fourth track, “Hoss Temple,” ZCC’s musical agenda becomes muddied. The tempo slows, and the nutty melodic lines and tapping are replaced with sustained chords and simple melodies. Near the end of the track, we get busy, almost trap-like hi-hats instead of the melodic math rock we started with; we’ve transitioned to ZCC’s unique variety of electronic music. Curiously, this and the other electronic tracks on the album don’t even project a math rock sound, yet somehow the earlier tracks serve as a perfect launchpad for them. ZCC’s aesthetic lies deeper than just math rock, and whatever it is at its core, we come closer to it with “Hoss Temple.”

The rest of the album continues to offer us something new in each song. “Salad” brings us back to the mathy feel with a lurching rhythm, before it slows down to a more ambient section which hearkens back to some of the electronic sounds we heard earlier. The next track, “Grader,” combines soft, swelling guitar sounds with busy synths and drumming, until a stumbling melody emerges, again played by a sound that could or could not be a guitar. “Ern” is a soft, almost ambient piece defined by guitar volume swells, and what (at times) sounds like found percussion sounds and bells in the background. “The Real Hut” features a deep synthy bass line, and washed out vocal samples in the background. The mystery of the origins of some of these sounds contribute to the stand-alone aesthetic of it all. ZCC isn’t just a great guitar player, drummer, and songwriter, but an excellent sound designer.

“Clay Brother” ends the album as the most overtly melodic piece of music on Ultra Gown. ZCC cleverly uses tapping in this song as a rhythmic backdrop to a simple lyrical melody instead of a foreground element. For a brief moment we hear the only clear vocals on the album, which are gone after only a short while. When all is said and done, it is clear Zefs Chasing Cara succeeded in creating his own musical language and world of sound.

One of the ways ZCC creates this musical language is by manipulating the aesthetics of math rock. The genre has been a part of the musical zeitgeist long enough that it is more than ready to be picked apart and meshed with a variety of other genres and sounds. The album is going to unequivocally bring math rock to mind for many listeners, but this isn’t like Don Caballero, or even more modern bands like LITE or Clever Girl. For most of the record the melodies are clear and easy to pick up. Even with the variety of time signatures ZCC uses, for the most part he picks one and sticks with it for each song. While angular rhythms are abundant, ZCC proves you can make use of the trappings of math rock without being abstract.

For all of ZCC’s eclecticism, Ultra Gown never comes off as a cheap gimmick, but a logical extension of the sounds he laid out at the beginning of the album. What ZCC outlines here is the blueprint for something greater than Ultra Gown. This is a stellar album for sure, and it is worth repeated listens, but I don’t hear anything thematic or grand about it. This is a collection of connected pieces that are individually impressive, and while the tracks do flow together, it isn’t an entirely holistic experience. I can’t tell the artist what I think he should or shouldn’t do next, but there is a lot of fruit he can harvest from what he has created here. ZCC demonstrated he has the creativity and the taste to spin up a huge amount of variations on his formula. If he keeps going, it is only a matter of time before he creates something truly amazing.

If you like what you hear, ZCC has three more short albums on Bandcamp. Buy an album, like him on Facebook, check out his artwork, and support the guy.