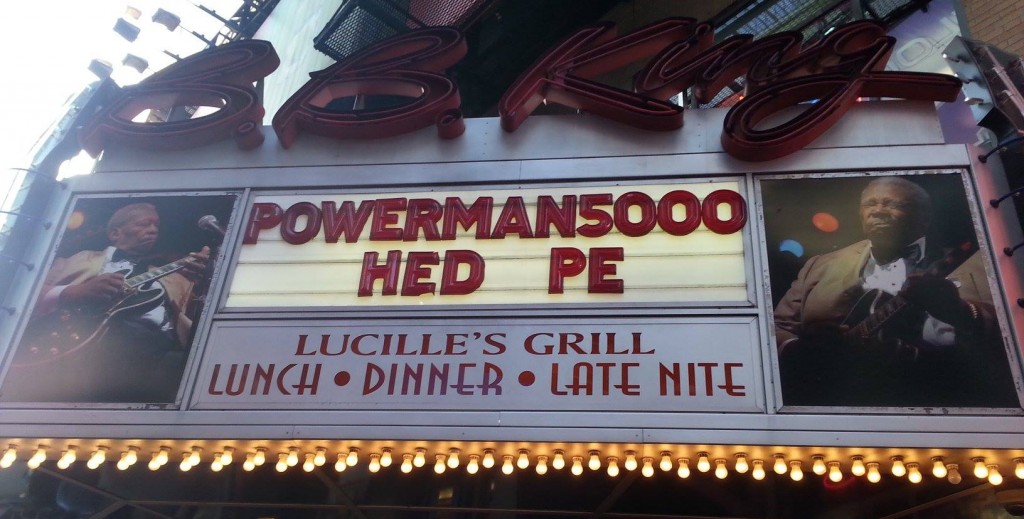 On August 21, 2014, I officially had my face melted by a rock concert. Thanks to the generosity of Mark Young of (HED) P.E., I was given a ticket to see the amazing line-up of Sunflower Dead, (HED) P.E., and Powerman 5000. The show was at B.B. King Blues Club in New York, NY. As a long-time fan of both (HED) P.E. and PM5K, I was pretty excited about this show in the weeks leading up. Then, after conducting interviews with both Mark Young and Spider One for CC: Autographs, I was even more fired up than ever to see both bands live on the same night. 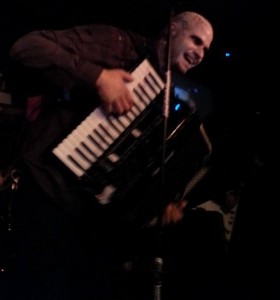 The first band up, however, was a band I had not previously heard of. The Sunflower Dead were theatrical, high energy, and very metal. The band came on stage in zombie make-up and goth attire. They moved about the stage like the undead rockers they portrayed. This showmanship and unique stage presence made an early impression on the audience. Michael Del Pizzo, the lead singer, interacted with the crowd quite a bit and even sang an entire song from within the crowd. They played a dark and creepy cover of “Every Breath You Take,” which was a curious take on an already creepy song. A few of their other songs were “Echoes,” “Halo,” and their single, “Wasted.” These zombies definitely know how to rock and entertain and they succeeded in making a fan out of me. 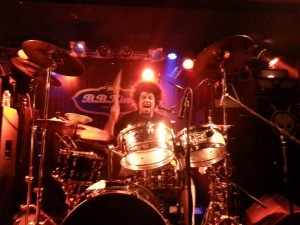 Next up was (HED) P.E. I’ve been following this band since the early 2000s and I probably haven’t seen them live since then. They came on strong by opening their set with the first song from their new record Evolution called “No Turning Back.” This got the crowd pumped and moving instantly. They continued to rock hard by playing mostly new songs but still dropping some old favorites like “Bartender” from Broke (2000). After so many albums, (HED) P.E. seems like they’ve grown very comfortable in their own skin. They were having a blast on stage — perhaps best represented in their drummer, Trauma (who, between his exaggerated facial expression and impressive physical abilities, was like witnessing a cartoon character). I also enjoyed watching Jared, the lead singer, crack a smile during some of his more provocative lyrics because he couldn’t contain his excitement. The band closed the set with the three reggae tracks from their new record. My favorite thing about seeing these songs performed live is that I discovered it was actually Jared who plays the melodica on these tracks. Evidently proud of their new record, the band certainly performed the hell out of it. 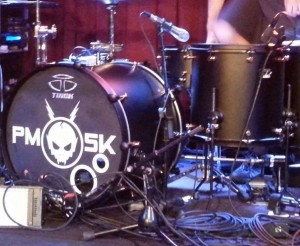 The final act of the night was Powerman 5000. They opened their set with “Invade, Destroy, Repeat” from their brand new record, Builders Of The Future which was a high energy way to start the show. This incarnation of PM5K is certainly their best yet. They are tight, engaging, and full of energy. Spider One, the lead singer, would occasionally stop between songs to chat with the audience, which fulfilled an important level of intimacy between the stage and the floor. This is also a surefire way to make a lasting fan, especially if the band can connect on an emotional level. PM5K ended up closing out the set with a trilogy of songs from Tonight The Stars Revolt, the last of which being “When Worlds Collide,” which is arguably their biggest hit.

I want to give a special thanks to Mawk (Mark Young) for getting me this ticket to an incredible show. I also want to thank Spider for taking the time to chat with me after the show and also for his offer to do another interview with CC: Autographs in the future. Finally I’d like to thank Sunflower Dead, because I’m always thankful for new music! I had a blast from start to finish, so if anyone has a chance to see these great performers on tour, don’t pass it up!