Home Crash Chords Blog Blue by Mostly Other People Do The Killing: Jazz Crime, Worthy Tribute, or Neither?

Blue by Mostly Other People Do The Killing: Jazz Crime, Worthy Tribute, or Neither? 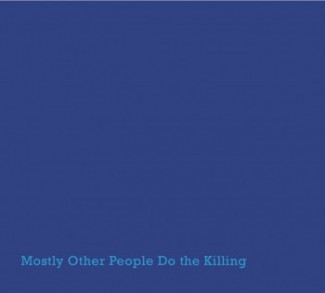 When a weird, satirical, virtuosic, experimental jazz band like Mostly Other People Do The Killing (MOPDTK) releases a facsimile of Miles Davis’s Kind of Blue, the most well-known jazz album of all time, confusion is a reasonable response.

To the layman, and even to many trained ears, MOPDTK’s Blue could easily be confused with the original. I am willing to bet more than a handful of people would fail a blindfold test, including some of the album’s detractors. The solos, accompaniments, melodies, even the tape hiss and flubbed notes, are as close as they can be. There are moments where the players or the mixing give it away, but for the most part, this is an impressive achievement in mimicry. 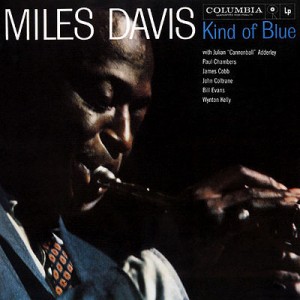 More important than the album’s actual sound are the questions it raises. MOPDTK knowingly committed what is considered an act of heresy in the jazz community. The jazz world celebrates individuality and innovation, values which MOPDTK is spitting in the face of with not just a copy but a copy of what is considered the quintessential jazz album.

Miles’ nephew Vince Wilburn Jr. criticized the album on Facebook inviting a slew of people to take a jab at the band. The Facebook thread is an accurate distillation of the sorts of negative reactions Blue is getting. In the thread we see people call it “commercial gimmickry” and “a travesty” with accusations that MOPDTK “don’t know what jazz is about” and that they are racially appropriating. Legal action is regularly suggested.

However, MOPDTK’s music makes it pretty clear that they are far from the uncreative moneygrubbers many make them out to be. The above rendition of “A Night in Tunisia” should give an idea of the avant-garde leanings of the group. A ten-minute drum intro turns into what could be called an absurdist comedy act, featuring bizarre drum pounding, awkward kit shuffling and a ‘puppet show’ played out with a drum key. It launches into a chaotic, breakneck version of the tune where the musicians’ skills quickly become apparent. There is a reason they self-identify as a “bebop terrorist” band.

With six albums of experimental-tinged jazz under their belt, it seems clear that these aren’t amateurs looking for a fat check. Given that the band is regularly playing jazz with this sort of ‘meta’ awareness, it would be surprising if they didn’t expect these kinds of harsh reactions. So, why did they do it? On the most basic level, it is a celebration of the original recording. Talking with the Wall Street Journal, bassist Matthew “Moppa” Elliott states: “Before people get too worked up over this, they need to realize that our album is a copy, not a clone—an object designed to reaffirm what people already love about Kind of Blue and to highlight what we could and couldn’t pull off… That’s where the art is—getting people to think about the original by listening harder to the differences.”

Those differences between the original and the copy are exactly what people are going to look for. With an album like this, you know listeners will scrutinize it. Moppa invites this: “…they are going to be listening to us and meticulously trying to find moments where we deviate from the original text that are, like, a tell, and think, ‘Yeah that doesn’t quite sound like Miles Davis because when he misses that note, it’s a little bit different.’ … So then it’s like, why don’t you listen to all music like that?” 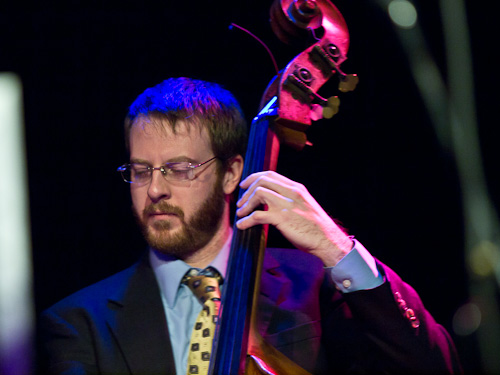 One of the biggest criticisms leveraged against the band is that Blue isn’t jazz. Bassist Moppa Elliott agrees, straightforwardly stating in an interview with WNYC, “Obviously our album Blue is not jazz.” However, in an interview with PopMatters, he raises a fascinating question:

“If it’s not jazz, why not? Listen to that music and tell me what the difference is, you know what I mean? ‘Cuz then someone will be like, ‘Ok, it’s not jazz because you’re not improvising.’ But if I just put it on and play it for you without telling you what it is first, you don’t know that. So you’re dismissing it for a reason that has nothing to do with the actual sound. It becomes not jazz for purely rhetorical reasons. The sound is clearly jazz, but because of the process that went into it, it magically becomes ‘not jazz.’ ”

This quote and the entire PopMatters interview illustrate what the album is really about. It isn’t just about the question “Is this jazz?” but a multitude of other ones: What is jazz anyway? Should they really be doing this? Is it possible for this album to be better than the original? What’s the point? I’ve seen people having lively debates about Blue on blogs, social media, and forums. What is more important than the actual recording of this album is the dialogue it created. As people write 500-word forum posts trying to explain this album’s pointlessness, they don’t realize what they are doing could very well be the point: to have a discussion.

I listened to this album once and chances are I won’t do it again. Is this album good? Frankly, I don’t know. Did it succeed in its purpose? The critical and casual dialogue about Blue speaks for itself. You can choose to disregard this as a bunch of nonsense, but it is undeniable that MOPDTK accomplished what they set out to do, even if you don’t want to be part of the discussion.