In Crash Chords Podcast #9, we looked at the pros and cons of Rock n’ Roll in its infant state through the lens of our album review, Take a Vacation! by The Young Veins.  Though their work was dated as recent as 2010, they hearkened back to a much earlier incarnation of Rock, delivering unto us the carefree beach sounds of the early 60s once again.  Though the album sparked an intriguing debate on how it should be rated, it was unanimously agreed upon that there is much to be owed to this early era, as a basis for modern instrumentation and common structural forms.  But, as with a great many other things in the 1960s, Rock was inevitably on an unstoppable evolutionary track.  What started as the fusion of Rock n’ Roll with psychedelic trends, Progressive Rock (often shortened to Prog) soon developed as the bold expansion of Rock as a genre, stretching it far and beyond the formulaic constraints of its parent, Rock n’ Roll.  In a way, Prog isn’t so much of a genre as it is a relief from rigidity—much like the Alternative music of today.  So, with such flexibility, where is Prog today? 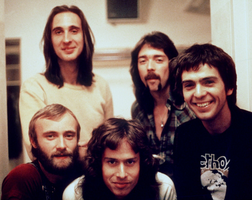 First, some history.  Today, we recognize the earliest forms of Prog Rock in certain British bands, such as Pink Floyd, King Crimson, Genesis, Yes, and Emerson, Lake & Palmer.  It should immediately be noted that these are strikingly different bands. Each of them borrowed from a variety of musical sources, all distinct from simply “Rock n’ Roll”. The “Rock n’ Roll” genre, by contrast, had settled upon a fairly uniformed pop “Surf Rock” sound by the early 60s which was pioneered by The Ventures and utilized by many upstart bands at the time, such The Beatles and The Beach Boys.  The music was fun, popular, and saw great market value.  But, by the late 60s, this style had dwindled, due in part to the bands’ maturing members (who wished to experiment with new and exotic sounds, textures, and forms), in part to the gradual “electronification” of music in the recording studio (such as advent of the Moog synthesizer, which was heavily used by Emerson, Lake & Palmer), and in part to the societal changes sweeping the world (begging more metaphorical art-forms for the complexity of modern society).  In effect, this all led to the growing mainstream concept that the genre of Rock, as a whole, possessed great breadth and expansion value; furthermore, it served as a testament to Rock’s cultural permanence—quelling once and for all any stubborn 50s notions that it was a fad of youth.

In this pivotal development in the late 60s and early 70s, Prog became an implacable genre, borrowing everything from Folk, Baroque, Motown, Jazz, Funk, Contemporary Classical, and traditional foreign motifs; they also included a range of modern guitar (or keyboard)-induced psychedelic effects, and most importantly, a broad-spectrum of song and instrumental structure. Verses and choruses were often repeated several times, each superimposing a different layer than the last.  Bridges could be numerous and interspersed throughout. Tonally speaking, Prog pushes the boundaries, often taking it well beyond a basic chordal structure—and when a song departs the exposition, you can expect a whirl of a ride before returning home again.  Improvisational solos were also a key feature, often prolonged, recurrent, modulated, re-modulated, and even performed in tandem with other instrumentalists, giving a fugue-like contrapuntal impression. These feats of performance and composition often spoke to the higher creative processes at work in Prog, and to the unequivocal virtuosity of those involved.  With such rapid development, the actual “Rock” backbone, of only a few years prior, could merely be seen in the underlying instrumentation: guitars, bass, percussion, and sometimes keyboard (even this groundwork was frequently supplemented with symphonic or exotic instruments).  For the first time, Rock was heightened to match the theoretical dynamics of classical tradition—albeit with a bold and youthful contemporary vision. 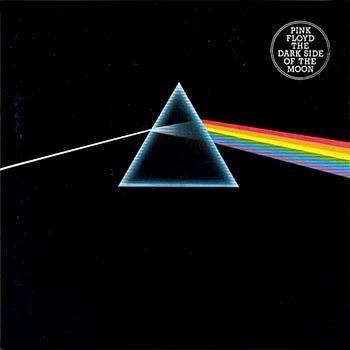 Deeper into the 1970s, Prog seemed to hit a golden age.  The striking popularity of the genre at the time gave people higher expectations at concerts, with many hoping to experience the tailored sounds that had been achieved on the album. This naturally led to many innovative and memorable performances. Certain bands, like Pink Floyd, perpetually developed their psychedelic/Prog fusion, focusing on high-concept works such as the highly acclaimed Dark Side of the Moon, and the social epic, The Wall.  In these works, audiences looked to the moody soundscapes Pink Floyd had to offer, as a synesthesic experience.  Other audiences looked to the electronic-inspired Art Rock music of The Alan Parsons Project and Vangelis, who popularized electronic music beyond useful sound effects, and into full-scale compositions. Others still, looked to the tight, thoughtful virtuosity of their musicians, such as the talented members of Rush, with Geddy Lee pioneering the electric bass as a lead instrument in a Rock setting.

Then, strangely, by the 1980s, Prog seemed to have declined in popularity.  There are many explanations as to why this occurred, some having to do with the rise of New Wave as an edgy retro Rock-Pop style (which returned to an interest in shorter, upbeat, more concise songs—not far from the early 60s in terms of structure), and some having to do with an audience who sought performance virtuosity without the extended forms of Prog.  This medium was achieved with the rise of Arena Rock, which featured more tangible, easily digestable music, and which has perhaps drawn the widest and most enduring audience still to this day—perhaps supplemented by its emphasis on the iconic “pop” rock-star image.  The easiest explanation for Prog’s decline, however, comes down to a shift in cultural values and a burgeoning of Rock’s subgenres.  While Prog may have offered a wide array of possibilities, the 70s saw a surge of experimentation of all kinds, each induced by similar reasons that Prog evolved, but culminating in very different place than where they began.  Prog’s utilization of Funk, for instance, eventually evolved into Disco; Prog’s popularization of Electronic music led to the dance-oriented Electronica of the 1980s;  Prog’s utilization of Contemporary Classical and Jazz often led to a wide variety of avant-guard styles.  With audiences dividing and migrating to seek out these new genres, Prog could never have retained its golden age status, except within a niche of devoted followers.

So to get down to the question proposed earlier, Prog may be at a low-point, but it does indeed exist today, though perhaps not in the styles we recognize from the 1970s.  There are some bands that may follow the 70s style in a vague sense, and other bands from the era that never stopped making music!  Naturally, most of these bands have accrued a devoted cult following, as with any genre.  But in a broader sense, it could be argued that today’s “Alternative” music is, in fact, the modern incarnation of Prog—if we abide by the far-reaching “umbrella” definition that includes some of the same flexibilities as described earlier.  So, if any genre is to hit the mark again, “Alternative” is likely where it will fall.  Odds are, if it breaks the rules, pushes its way beyond tonal centers, exhibits a full and artful range of instruments, solos, and effects, then it most likely has its roots in Prog Rock.  If history is cyclical, then the only true question remaining is why Alternative music hasn’t a wider following today?

Or doesn’t it?  Keep us bookmarked for more on the subject!