Home Crash Chords Blog Would You Like To Continue?

As technology advanced in the realm of computerized entertainment, so too did scores and soundtracks. Sadly, not always for the better. For a time, especially around the invention of disc-reading consoles, the soundscapes crafted for video games were sorely lacking in the mid 90’s. But if you were to find out more on how the coming decades have changed the games, you’d truly be astonished. Though still prevalent in Japan, there was a severe deficit of imagination when it came to the music in mainstream Western games. For every truly unique and dedicated score, we were greeted with dozens of drab soundtracks which, all too often, were just endless reinventions of the same simple background noises. The more popular franchises, such as Super Mario and Final Fantasy, were giving us rehashes of a few nostalgic but dated themes, while new franchises weren’t really putting their heart into it. North American publishers were busy experimenting with the technology at their fingertips, creating fancier polygons and better shading, while the musicians were taking a backseat to effects-oriented studios.  It appeared that the visual had circumvented the audio. 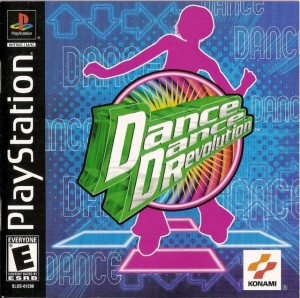 While the mid 90’s saw the rise of Dance Dance Revolution on American shores, arcades were losing a lot of their capital to Sony and Nintendo. Japanese games started to hit American shores in much larger quantities, with PaRappa the Rapper and its various spin-offs, making a splash in western game markets. But things started to change with the creation of Jet Set Radio.

Now this was something different. Using the then-revolutionary rendering technique called cel-shading, employing ‘taggers’ to create original graffiti art, and composing a rather unique musical score, JSR created a compelling yet silly story that has spawned a cult following all of its own. With several sequels and reissues, Jet Set Radio showed that something as fantastical as a video game could be art. But it wasn’t until 2001 that music truly became an integral part of the video game experience. While mood music and background tones helped to create a setting, there was one franchise that reimagined how music can be used in games.

Halo, the game credited with creating the entire Microsoft Xbox franchise, has set a gold standard in media. It also introduced a new take on how to pace and thread sound across mainstream games. While most games used a set of triggers, such as entering an area or passing a level, the music of Halo used a dynamic playback method. The mood, theme, and duration of the music adapted to the actual playing of the game, allowing for the soundtrack to actually become the player’s own personal soundtrack. 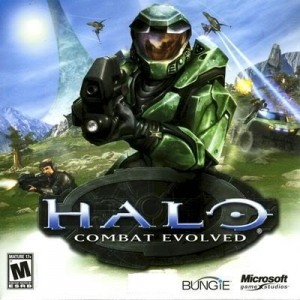 The innovation doesn’t stop here. The composers of Halo’s soundtrack, Martin O’Donnell and Michael Salvator, had primarily used keyboards, synths, and other computerized samplers, while throwing in additional instruments as needed. By the second game, however, a fifty-piece orchestra had replaced the computer-generated tones. The entire series, spanning over seven independent titles, has always attempted to impart an epic majesty in its music. And it has succeeded; there is a certain distinctiveness in the music of the Halo franchise. Following Halo, developers seemed to realize the importance of music. Since 2001, music has become a fundamental part of the story in nearly all games. In fact, it has led to a whole new genre of gaming.

“Rhythm gaming” started with the creation of PaRappa the Rapper, where the player presses buttons in time with music. Higher accuracy awards you greater scores. Once again, Japan had already proceeded to a whole new level in video game immersion, with more titles such as Beatmania, which features a DJ-style booth, and Guitar Freaks and DrumMania, the first games to place “faux instruments” into our hands. But it was Harmonix that delivered music to the fingertips of the masses with their creation of Guitar Hero.

While based primarily upon Western Rock and Pop, as opposed to Japanese Pop, Guitar Hero (and its numerous sequels, clones, and down-right rip-offs) did something unique: it introduced a generation of children to a plethora of sounds. The sheer quantity of music available for download on the various Guitar Hero, Rock Band, and Dance Central networks exposes people of all ages to a variety of genres and artists they would otherwise never have heard before. It actually gave the youngest generation a glimpse into the culture of their parents—a taste of something different.