Crash Chords is a music website devoted to expanding how we think about music as an art form.

Aside from music’s humble role as the commuter’s soundtrack, or the partygoer’s mood-setter, it also shapes the way we think, act, and react to the world around us. We connect with the familiar and we’re challenged by the unknown. So, as newer styles of music are brought down to us, it’s only natural to be a little open-minded and a little suspicious at the same time. We may also question whether these new styles will stand the test of time—or whether they’re destined for the dustpan. Often there are unseen factors that steer our most cherished works to and from the public eye, everything from a lucky break to the pervading cultural zeitgeist or groupthink. Well, here at Crash Chords, we take nothing for granted. While the threat of cultural homogeneity is always looming, our ideal environment is one where the tug-of-war for artistic scrutiny remains spirited and eternal.

The Podcast:
Our podcasts are composed of two segments:

1) A detailed album review, followed by…
2) A topic of a categorical nature concerning music culture at large.

Disclaimers:
*We do not consider ourselves a “review website”, per se, as our podcast “reviews” are actually critical lenses aimed at passionate, detail-oriented music lovers who seek to gain perspective on a given work—or better yet, to join the discussion!

*Though we do post ratings and other info in our Podcast Archive, our ratings are always subject to change, as a testament to the mind’s malleability with art and time. 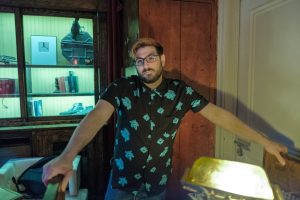 “Music is life and life is good” is more than some tagline I came up with. It’s a state of being and a way of life for me. I’ve been listening to music since as far back as I can remember. I have my father to thank for that. From him I inherited a broad knowledge of music culture and a limitless palate for new styles. But most importantly, he also shaped the way I listen to music to this day. I listen to music the way most people read, watch TV, or play games — never as a background distraction. I always listen with intense focus and great attention to detail. When I first started Crash Chords in 2010, it was just a tiny, one-man blog; I had no idea where it would go. But after just a few early blog posts I knew I was on to something. Now we have a top-level domain, two regular podcasts, tons of articles, and a team of people working on the site. The project has grown into so much more than I ever could have hoped for. In addition to my work with this site I also started DJing semi-regularly back in 2012. Now it’s something I’m doing almost every weekend and I love it. I mostly do nightlife DJing but I also dabble in party DJing as well. I have strong passion for this. Thanks for supporting Crash Chords as we continue to grow and evolve, and join us as we dive deeper into all things music. 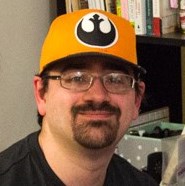 Growing up, I thought music was more important than breathing. I can’t remember a time when my parents didn’t have something playing in the car, in the kitchen, or during family functions. Music was literally the soundtrack of life and I was privileged to experience and enjoy the very best. Classic, southern, and progressive rock; motown and R&B… from ABBA to ZZ Top my education was as varied as it was intense. When I finally started moving on to my own music (around the age of 9), I began to add in newer forms to my rotation, such as punk, grunge, heavy metal, and alternative. Eventually this has doubled with hip-hop, rap, and modern pop, even dipping back to before the dawn of rock n’ roll. Through all of this, I discovered the two most amazing aspects of music: its time and its stories. Music is by definition something that takes time and contorts it. A great song can make a single note seem like a lifetime, and make an entire song seem like a single moment. Music is also meant to take you on a journey, whether it’s the exploration of a single emotion, an epic tale of love & loss, or the captured essence of a party scene. The way these two aspects combine is what makes music, in my opinion, a unique form of art in our world. That’s why I do what I do. I love to share these ideas with other people, and I try to make them as excited as I am about the experience. 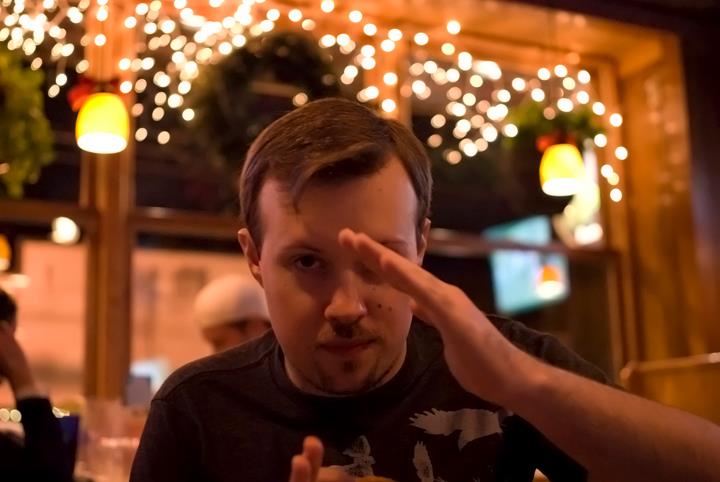 My love of music has always coexisted with my love of writing. The two share a similar craft and they each leave similar impacts; their craft is the art of creative persuasion and their impacts are of an intriguing, enlightening, or emotionally gripping nature. As hobbies go, music & writing have managed to compliment one another quite nicely for me — so much so that an old joke has actually come true: I often write about music, and in my spare time I take to “writing” music. I came to this position after several years of piano study, when I finally went for a B.S. in Music Theory & Comp late in college (to supplement a drab B.A. in English and avoid becoming the butt of an Avenue Q joke). Since then, music analysis has become a source of great enjoyment for me. For the technically-inclined or the abstract aficionado, analysis is much like peeking under the hood of a car to see how it works, while at the same time discovering new avenues of communication, and deciphering the soul of the work. My role on this site (and the Crash Chords Podcast) is to speak to the architecture of music from these standpoints, to assess the competition a work might might face, and ultimately (and honestly) assess its successes and failures. A great work of art is all about the way it jives together in the end. I’m all about the result, but also about the moments… much like life. 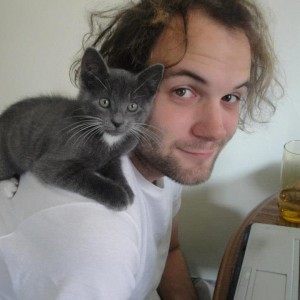 My relationship with music started with a whole lot of Weird Al and Green Day. It wasn’t until I developed a love for metal and started playing guitar that I began considering music a bit more seriously. Years later, I have a B.A. in Creative Writing and a B.S. in Contemporary Music Studies under my belt. I’ve flirted with funk, indie rock, electronic music and jazz, and I’m constantly searching for something new. After sitting down with so much music, I can’t help but feel that it is too complex of a topic for score-centric reviews to always do it proper justice, so I figured maybe it’s time for me to offer my two cents. With my small contribution to the world of music writing, I aim for two things: To be analytical, but not alienating, and entertaining, but not vapid.