3 Years Hollow Is Breaking Ground With The Cracks 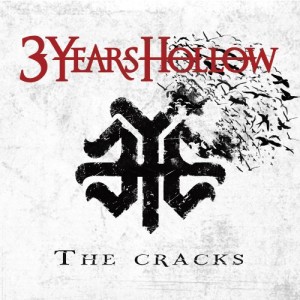 The band 3 Years Hollow is just breaking into the mainstream rock scene. They have a lot to say, and they refuse to be ignored. They are hitting the scene hard with their debut LP, The Cracks, released through the well-known label, Imagen Records. The album features their singles, “Chemical Ride,” “Hungry”, and “For Life” (feat. Clint Lowery). The band hails from the Quad Cities, Iowa–Illinois, and is made up of lead vocalist, Jose Urquiza, guitarist Tony Reeves, guitarist and vocalist Neil Kuhlman, bassist Dex Digga, and drummer Chris Cushman. Even for a debut, this five-piece rock ensemble can get you going from the first riff. I recently had a chance to chat a bit with Jose about the band and the new record, so I asked Jose for some insight into how long they’d been working on the album before it was released:

We’d been working on those songs since about 2011 — that’s probably when we got started on that stuff. It had been about 3 years since we put out a record, and we really wanted to give the fans some new music, so we decided to put out an EP that had songs like “Chemical Ride,” “Remember,” “Lost,” and “Runaway.” Then we decided to start shopping around through labels and over the course of six months we signed a record deal with Imagen Records. They sent us back into the studio where we recorded eight more songs that were eventually added [to the EP] to make this record, so it’s the kind of album that was 3 years in the works before it got released. 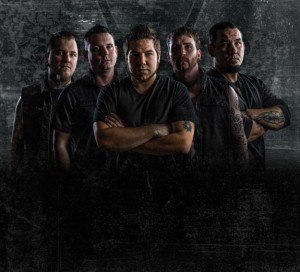 3 Years Hollow is a breath of fresh air in an otherwise stale Nu metal culture. They don’t just have solid guitar riffs and a driving rhythm; they have heart and substance too. Jose’s lyrics have a certain passion and punch that the genre has been lacking lately. Their website describes their sound as “the love child of Chevelle, Disturbed and Sevendust.” I’d say this is a great description, and an apt one. Being compared to some of the best in the field is not a terrible thing. One of my favorites on the record happens to be the title track, “The Cracks.” The melody carries such weight on its own, but is strongly supported by a powerful lyrical message about struggle, healing, and moving forward.

Considering the band’s themework, I was also quite curious to know the origins of their band-name, so I asked Jose where it came from:

Basically we were just Hollow to start out, until we started getting some label interest and found out we had to change our name. But by that time we had been a band around our home area for awhile, and we had developed a fanbase… So we didn’t want to lose the recognition that went with the word (Hollow), so we thought, why not add to the story? And since we had been a band for three years, we decided to call ourselves 3 Years Hollow.

These guys clearly have a passion and a love for what they do. Even though this album was just released, they have been at their craft for a while, and are at last ready to show the world what they’ve got. Since speaking to Jose, the band has also announced that they are going out on tour with Gemini Syndrome, Islander, and Nonpoint. Be sure to catch them in a city near you! If the album is any indicator, they’ll put on a hell of a show.