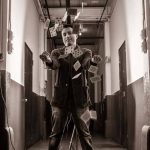 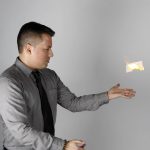 Today, Matt welcomes Richard Torres, an actor, magician, and photographer hailing from Union City, New Jersey. With Matt, Richard chats about his early interest in magic and how he learned, ultimately, that it’s what he wants to be doing in life. He chats about the magicians that influenced him and about how he build his acts; he explores his favorite tricks (both past and present), and also what goes into performing close-up magic. And so, from the magical side of things to the business side of things, to his many other passions, here’s presenting Matt Storm and Richard Torres.