Record Review: At The End of The Day by Erik Neff | Subtle Revitalization 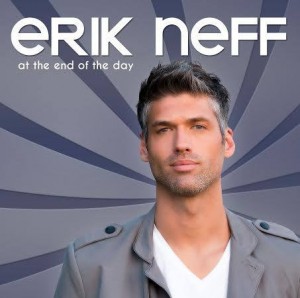 There is a tendency among critics to dismiss Country Rock as a colander for extracting two timeless themes: love and loss.  Often safely entrenched in the soothing tones and crooning warmth of the American heartland, Country is seen as a bit of an old soul clinging to some old but impressive tricks.  For one thing, Country has long had the reputation of being an “on the nose” kind of art form; both its strengths and its weaknesses come from being so painfully grounded in the machinations of reality, it sometimes lacks mystique.  With such a precedent, “love and loss” may not always pack the same punch… which begs the question: who can breathe new life into the aching hearts of a detail-minded audience with a country soul?  The answer can be found in a surprising person, from an unsurprising place.  The place: deep in the heart of Texas.  The person: Erik Neff, a Kim Dawson model and standard with J.C. Penny’s and Hanes who, with the upcoming release of his new album, At The End of the Day, is about to show the world his true colors.

Mystique is just the thing that this album bombards us with, as the bewildering opener, “Don’t Fall,” delivers us from the unsettling call of a soaring, yet distorted guitar anthem (as played to an eerily vacant arena) into the crushing release of Erik Neff’s acoustic.  Curiosity piques as the first few chords reveal a rich and murky density—warm to the touch, but clearly born out of distress.  We hear the longing of fuller chords, but are enmeshed in the recesses of minor and its dissonant neighbors. The accompanying lyric is equally as harrowing, “We all cling tightly to the things that hold us down”: a pain expertly conveyed by the chords themselves.  About the only thing you can latch onto for safety in this dark and evocative brand of Country is Erik Neff’s vocals.  His message may be a cold one, but the melody is as candid as a point-blank whisper.  Aided by his natural resonance, his melodies typically hit their stride in a smooth tenor that denotes years of experience, tinged with an equally effortless baritone as the phrases demand. 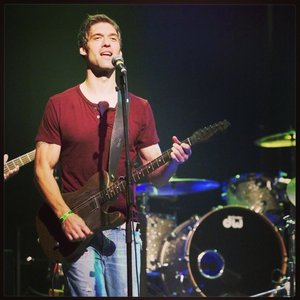 These sonic effects result in a deadweight submersion into the particulars of his musings, all the while entranced by the backdrop.  The pre-chorus takes this a step further by inflating the chords with breadth and transparency. Again, his vocals take center-stage, opening his range to a gleaming falsetto while the roundness of the bass and controlled flutter of the acoustic guitar seem to compound the tension.   Interestingly, the chorus is the first instance when the genre seems to unmask itself.  Context, however, is key.  The resounding arrival of the major key is a welcome-party, generously catering to the familiar Country vibes that now engulf the song.   This fleetingly joyous expulsion derives from the title’s sudden elucidation in the lyrics; “Don’t Fall… in love again” cheekily reveals the song’s teetering despair to be a cautionary tale of the adversities befouling an infatuated state.  This bold single is then topped by a succinct and heartbreaking solo that captures the worrisome dilemma in four succinct phrases.

The journey continues with “Rainbows,” a lighthearted number that proves the album isn’t all doom and gloom.  Borrowing from a more southern-rock style, the melody is playful and infectious.  One thing to note is the sudden radio-readiness of the track, having traded out the acerbic intensity of its predecessor for the thrills of poetic wordplay.  This welcomed wit is cast atop a highly accessible lens, citing the mundane sources through which love is inaccurately conveyed.  A comically vague alternative is then thrown into the ether: “Listen to the rainbow.”  Coming across as a highly effective and enjoyable satire, this song keeps the album varied as we’re thrown into yet another style.  In “Rosa Lee,” the tone is firmly set by a billowing electric organ.  With this, Erik Neff captures the gospel vulnerability of a votive prayer, the sting of which is felt primarily in the chorus:

Here, the power of his melodies are intertwined with the words themselves.  They evoke a similar despair as found in “Don’t Fall,” but this time in a strikingly different medium.  The words stretch outward, to the title character, to the audience, and seemingly to a higher power—lamenting to each the immutable way of things. 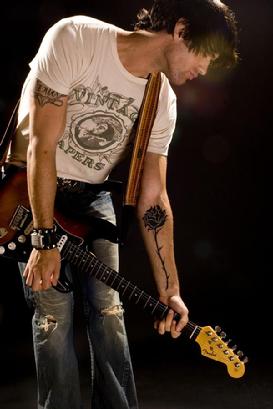 Not fearing the heavier touch, Neff’s “She Don’t Know” drips with a southern sexuality.   The track plays like a catwalk montage—the kind a confident woman might project everywhere she goes.    With the song’s slow tempo and strutting guitar riffs, once again Erik Neff is a master of atmosphere.  Though the verse’s melody alone is unremarkable for the genre, there’s a tendency for the band to take a backseat, to let the story run its course, and then to erupt in spurts of ornamentation for the pre-choruses and choruses, where Neff’s most penetrating melodies await.  Littered with acute pauses and breathy leaps to his capstone falsetto, these culminating moments are the trademarks of a successful pop song.  Of this, Erik Neff knows his trade and keeps us bating our own breath in anticipation of him doing the same.

If there’s a comparative lull in At the End of the Day, it comes in dead-center.  “Victory” is a rousing track that sends the message of perseverance loud and clear.  So clear, in fact, that the words are supplementary to the music itself.  There’s a certain effectiveness to the energetic “rock-out” framework, but there’s also a plainness and “listener-friendliness” to the words and melodies that appear to conflict with the visceral nature of the album thus far.  Besides addressing the inherent challenges of perseverance in such general terms, the residing plateau of stage-percussion and “Na-na-na” choiring detract from the song’s overall potential.  “Valentine,” by contrast is an earnest love song with much more heart, but unfortunately with none of the twists from the earlier half of the album.  The distinction between a more palpable love song and “Valentine” is one between fine chocolate and pure molasses.  There’s an undeniable sweetness to the solitary ode that eventually turns duet, but there just isn’t much else to say.  Accentuated by the verse’s melody, which heaves and pitches relentlessly, the music reflects the reassuring stability of a seaworthy vessel, plainly connoting an unfaltering partnership.  The sentiment is undoubtedly pure, but do keep the gag-stick at the ready.  (The duet, however, gets some due points for providing the climax that “Victory” so desperately needed.) 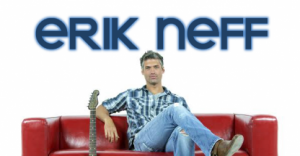 Easy on the ears, but not devoid of substance, the final stretch of the album threatens to instill a heartfelt, sometimes tear-jerking addiction… i.e. these tunes stick with you, even unexpectedly.  It’s conceivable that the soft vibes of these tracks could be delicately apportioned to a department store playlist—until you realize they’ve unsuccessfully distracted you from shopping.  “Long Night,” for instance, is another atmospheric piece.  With comparatively few words spoken, a solemn sense of contemplation is achieved with the elongated, quivering drones of the electric guitar.  In this case, the verses comprise the entire focus of the song.  The choruses, which contrast with the dour setting like the spark of a cheerful memory, are fittingly transient.  “So Contagious,” with its sensual accents and expansive melodies is everything “Valentine” probably should have been, now supplied in a landslide.  Seeming to fuse Neff’s lyrical spin with his ornamental melodies, the briefest lines can cram-pack entire trains of thought: “What’s it gonna take to make me see you’re the only light outside I see.”  Here, indeed, lies the attestable fine chocolate of romance.

The penultimate track, “Light On,” is more pop-friendly, but escapes unscathed by boasting a more solid foundation than “Victory.” The steady bass/drum pre-choruses are filled with purpose and positivity.  Tantamount to an all-out album climax, some credit for this section can be doled out to minor but astute production choices, such as the inclusion of a light acoustic track over the crisp rumble. This effect, when panned from ear to ear, has the glittering effect of flute or chime-work—a full-bodied orchestral tactic.   But as if that wasn’t enough texture, it’s the final track that exhibits the broader possibilities of Neff’s future discography.  Perhaps a lighthearted experiment in its conception, the cover “Shout” (a well-known single by Tears for Fears) is in many ways divorced from the Country tones that had at least somehow guided the album.  Nevertheless, its unpredictability crowns it the most entertaining encore this album could have produced.   Hearkening back to the brashness of 80s-pop, the textures of this track are more boundless than the original, and the production value is high.  Incorporating Funk, to Electronica, to Industrial, and even a hint of Tropicalia, Neff’s version of “Shout” puts the cap on the kind of whirlwind experience you can only get from a chronological listen… because, at the end of the day, much about At the End of the Day is sectional and can be calmly enjoyed on an individual track basis.  Only the straight-run binds the album together… for, if broken up, you’d repeatedly wonder: “was it still Erik Neff?”