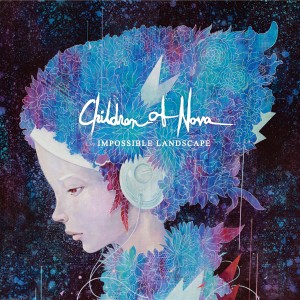 Like many who dabbled with the game Rock Band a few years back, I was occasionally exposed to a few curious stand-outs, the ones who crept their way into the archives amidst the landmark crowd-pleasers of the last fifty years.  One of these new and exciting bands was the Post-Prog wonder, Children of Nova.  Their hits, “The Complexity of Light” and “Aracaedion,” weren’t just fun songs to rock out to in the game (though of course they still are); I personally found myself mesmerized at how simultaneously inventive and catchy they were, both on and off the Xbox, despite being relatively unknown.  In any case, I immediately fetched their debut EP, aptly named The Complexity of Light, for it was truly a complex and progressive masterpiece—not to the point of sounding retro, but showed that they were unafraid to delve beyond structural conventions and shamelessly boast their prodigious talents.

That said, I had every reason to expect similar caliber work from their long-awaited debut LP, Impossible Landscape, but was sadly disappointed.  I should first note that this was not a bad album by Post-Hardcore/Indie Rock standards, but it was lackluster in every sense of what had previously distinguished their EP from everything else on the market.  This was a safe album, too safe.  In scoping the internet, I’ve seen many genres attributed to this band, and as of now, the most laughable is “Experimental.”  There was nothing remotely experimental about Impossible Landscape, nor remotely “impossible,” as its title might have me hope.  While the album was still a platform for some notable instrumental work, the progressive nature of the band was conspicuously absent, and with it the principal lure for their target audience. 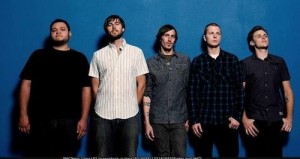 The song structures are what hurt the album the most, each rather predictable and lacking the charm and spontaneity found on the EP.  Coincidentally, the opening track, “Erratic,” offered the most hope to the contrary, though it derailed from its strongest points at every turn.  The intro was energetic, but its buildup was too fleeting to have much of an impact on the verses that followed.  The vocal solo had a sadness and purity that could’ve been developed into something more profound, but instead was left behind in the dry wake of a standard, flat-line rock chorus. Even the guitar solos were something of a let-down on this track.  The most interesting segment arrived more than halfway through the song and appeared to promise a surprising B section, reminiscent of the progressive developments I heard on their EP.  Unfortunately, this too was fleeting, as it developed into nothing more than the same drab chorus.

“Erratic” certainly lives up to its name by tantalizing us with glimpses of Children of Nova’s best work, before withdrawing toward something else.  This set a trend for the album.  It’s as if the band knew that their spastic nature had won them fans on the EP, so they forced their creative hand by swapping out the inspirations that subtly tie it all together.  Many other tracks have the effect of either dwelling on listless choruses, soloing along weak melodic cells, or making odd choices for new sections, presumably to escape the monotony.  And yet, to top it off, all tracks feel a bit on the short side.  Wherever a song might excel, it gets undermined by a lack of development.  Then, before you know it, the song’s over!  “Moments of Clarity” offers a gorgeous melody in its chorus, but never quite manages to wrap itself around again.  “Feel Alive” has a beautiful introduction, but never really gets off the ground.  The soft guitar segment of “It’s Just a Ride” offered the most room for development, but it’s difficult to develop anything when you’re on the final track! 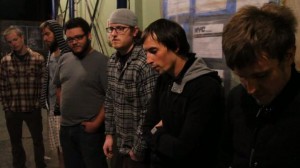 To its credit, there is nothing in Impossible Landscape with which to impugn Children of Nova’s musicianship.  They are a talented and skillful bunch, tight with their instruments and brimming with energy.  This energy is what knocked the Prog community off their feet with The Complexity of Light, but Children of Nova were not quite ready to deliver this on a fully-formed LP.  Still, there are some distinct rays of sunshine on this album.  “What Do You See?” offers a slow and chilling dose of the introspective, while “Silhouette” is a dark and visceral folk-rock song, both proving that the band knows how (and when) to take it down a notch.  So, with these gems, and with the memory of the EP that placed them on my watch-list, I predict that with some time, care, and patience, Children of Nova has all the tools necessary to make their next LP a breakthrough work.