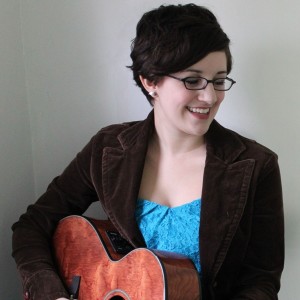 Lauren Fairweather is a huge name in Wizard Rock. She is acoustic and folksy, funny, but also capable of beautiful characterization and storytelling through music. I hated her at first. I have no idea why! I’m such a sucker for anything acoustic that you’d think I’d adore the crap out of her. I guess the first songs I heard from her just weren’t impressive enough.

Through the magic of Spotify, however, I was about to listen to more than the few songs I gleaned from MyHogwarts.Co.Uk’s WrockBox. I absolutely fell in love with some songs, while remaining indifferent towards others. I found that the content really mattered when it came to which songs I preferred on my playlists. She is quite entertaining; she started with Youtube videos where she recorded her songs for the world to see. Now she is playing to huge crowds like LeakyCon, where she premiered her latest single, “Home” (seriously, I cried). 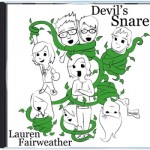 Her first album, Devil’s Snare, was not entirely wizard-related. There were some great songs, like “Painfully Obvious” and “Post Potter Depression,” but there were equally great songs about other types of fandoms like “Engines Make Me Hot (Kaylee’s Song),” which was inspired by Joss Whedon’s Firefly. The album was recorded early in her career, and thus not as clean as it could have been, but still a lot of fun to listen to. Her lyrics are catchy and her melodies keep you humming for hours.

However, her second album, I’m Saying Nothing, does not contain the same feeling. I had a 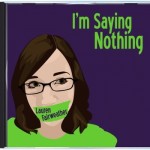 really hard time with this album because I felt that the majority of the songs were just there. They existed on the album because she recorded them at some point in time and had to do something with them. A couple I liked: “Outside World” and “For Matt”. But overall I was very disappointed. 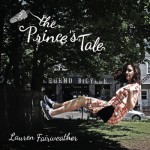 My disappointment was then abolished when I listened to The Prince’s Tale. Cue all of the crying in the world as well as the SPOILER ALERT just so no one complains later. I should tell you that I adore stories that make me want to cry for days. I love the heart-wrenching, gut-twisting, depressing stories that leave you so wracked with sobs that you’re now as ugly as the world the story was born in. And so, Snape’s unrequited and tortured love for Lily Evans is right up my alley. Lauren Fairweather tells the story that all Potter fans know and were shocked to learn. She tells the story of Severus Snape and Lily Evans growing up as best friends, the wedge that drove them apart, and how hard it was for Snape to know it was his fault that Lily was murdered. So much crying. Lauren, I now officially love you.

Aside from her recorded albums, there are also her live performances. Lauren Fairweather usually tours with her husband, Matt Maggiacomo (a.k.a. The Whomping Willows). She takes the stage with nothing but her guitar and a microphone and sings all her best songs, from “Freak” and “It’s Real for Us” to my favorites off of her first album, proving my first impressions of her dead wrong. I don’t know how I could have ever found her flat and unlikable when she stood there in front of all of us sharing her journey with the boy who lived. Seriously, eff this; I’m going to Hogwarts with her.

Learn more about Lauren Fairweather on her website. There you can buy her albums, learn to play her songs, and sign up for her newsletter.