Band Bonding: An Interview with The Cyon Project

Meet The Cyon Project. Hailing from Torino, Italy, TCP regularly mixes heavy rock and classical music in a unique and fascinating way. Their bold sound can draw you in from the first few notes or lyrics, and their latest record, Tales of Pain, promises no less. Released on January 27th, 2015, it is a roller coaster ride from start to finish. I was lucky enough to get to interview Fabio, Nicola, Mad Mike, and Marco via email and get some insights into the band and this new record: 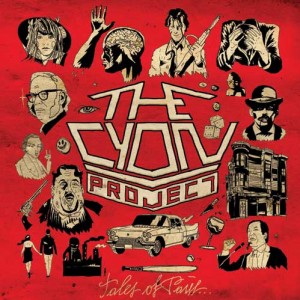 Crash Chords: What band or musician would you say is your biggest influence?

TCP: Well, this is an hard question to answer; we’d say that every artist could possibly inspire us. We are individually inspired by very different artists, from Opeth to Queen, from Jack White to Rage Against the Machine. Quite different influences, don’t you think?

Crash Chords: How did the band come together?

TCP: The band came out from a Fabio and Mad Mike’s Idea, then Nicola came in as Drummer. After many lineup changes Marco joined the band in 2011.

Crash Chords: How did you come up with your band name?

TCP: During those lineup changes, a singer (who later left the band) had the idea of the Cyon concept: an evolution of the concept of the “Sion” and “Zion”. We’d say that is a modern idea of a promised land.

Crash Chords: How long did it take to write and record the new album Tales Of Pain?

TCP: Well, it took exactly one year to write it down and record it.

Crash Chords: When writing music, where do you draw inspiration from? 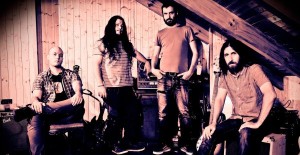 Crash Chords: Do you have a favorite song to perform live, and if so, why?

TCP: Yes, the title of that track is “Englewood’s Hotel.” It is our favorite because it’s a full-immersion song, with many rhythm changes and dynamics.

Crash Chords: Do you have plans for an upcoming tour? Are you coming to the US?

TCP: At the moment we are touring the UK. It would be great to tour the US. It could happen! Who knows? 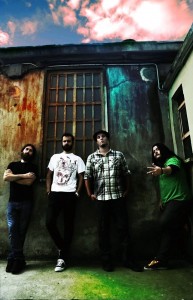 Crash Chords: Do you have any favorite hobbies or pastimes you enjoy outside of music?

Crash Chords: When you want to unwind and listen to music, do you have a preferred genre or specific band you listen to? Why?

TCP: We listen to any kind of music! The most important thing is that it has to be done in a damnly good way!