Home Crash Chords Blog In Pursuit of Purity: An Homage to As Tall as Lions

In Pursuit of Purity: An Homage to As Tall as Lions 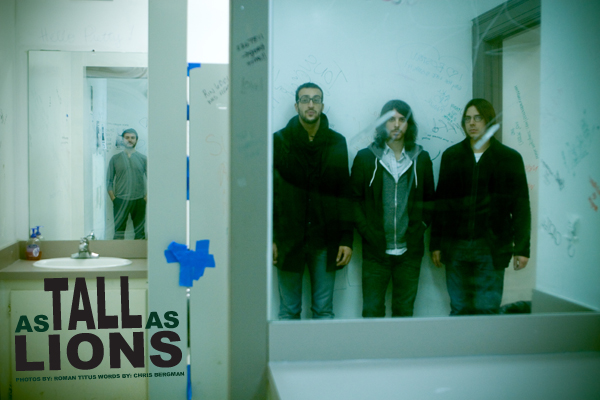 How often have we encountered folks who strictly distinguish the disciplined process of music composition from its fun little brother: the laid-back, youthful Rock culture?  In my experience, the two are viewed as glaringly dissimilar. But is the truth of the matter so clear-cut and dry?  If there’s one thing the Alternative era has taught me, it’s that the two entities may, in fact, be distant, yet kindred spirits… who are just beginning to flirt.  Personally, I can’t think of a better example—a fastidious, hardworking band, bent on eloping the two— than a spirited Long Island-based band called As Tall as Lions.

Unfortunately, the matchmakers have passed on.  I was introduced to this band in the wake of their meager glory (just six months after they announced their breakup).  As such, my experience with their discography was strangely felt in reverse, which has given me a unique perspective into their artistic lifespan.  This is why I feel that it is fitting to conduct this review in the same fashion. 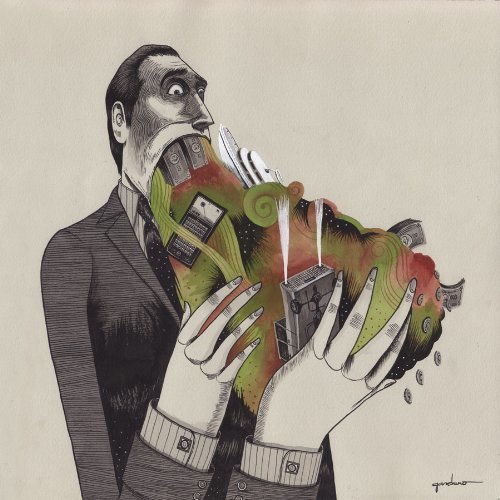 You Can’t Take It With You (2009).  This album hit me with the force of 10,000 suns (unlike most albums, which gingerly reel you in).  The first track, “Circles” is one to be reckoned with.  There is something decidedly ethereal about it, yet it speaks volumes.  This is no garage band.  Emotions are defined, real, and impassioned. They have the energy of a punk band, yet apply the delicate attention of a string quartet.  The percussion is foreign and misleading to fit the ambiguity of the vocalist, but its technicality drives the song forward amidst a colorful palette of production magic.  The question is, of course, whether the next track could live up to same standard.  Without question, it did… and the next… and the next.  Who are they?  Where did they come from?  There is a maturity here, which struck me as a step forward from this decade’s music.  Emotions grow stale over time, and I suppose there’s a vibe in some recent Alternative/Indie music that I’d heard just about enough of.  This album, however, clearly pushed the enveloped and introduced a sound that was as fresh as a new car model, named for the following year.

The fresh quality that I speak of was difficult to pin down at first, but it soon became apparent.  As one track spilled over into the next, there was a distinct “arc” present in the music that showed refinement.  The standard verse/chorus song-structure seemed stretched and contorted to abide by the emotion at hand; nothing felt forced.  It wasn’t thrown together, or tailor-made to become a pop-hit wonder.  Instead, it took on a personality of its own, expressing its own desires to flow naturally, at will—it was borderline selfish in that regard!  In that way, this was most certainly a Rock album.  But few rock albums compose their harmonies with such modal fluidity, or take the care and patience to map out the chordal structure of a slow, ambient Jazz Noir climax (for minutes on end), as “Duermete.”  This mature, creative exhibition, harkened back to a bygone era—when composers constructed what they wished their listeners to feel, using every article at their disposal to spoil the eardrums.  To that marvelous blend of devotion and spirit, I could only utter pure admiration.

But this wasn’t their debut album, after all… which means such refinement had, in fact, evolved from the previous decade.  It didn’t strike them like a bolt of lightening.  No, this was attained… 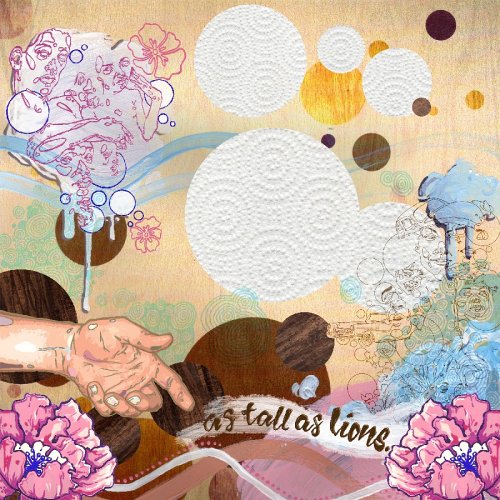 As Tall As Lions (2006).  The self-titled album was of equal delight to me—but it was certainly different.  Instead of selfishly trudging forward through the ocean of soundscapes, this was forged within stricter parameters.  The tone, however… I was surprised to see how similar it was to the recent album.  This discovery meant that there was truly something individualistic about the band.  In the midst of an overpowering Indie scene, where a specific type of music was known to yield success, As Tall as Lions took a shrewd medium… Instead of sacrificing tone, they sacrificed a more complex song-structure, for broader digestibility.  (Or, considering the backwards nature of my experience, I should say, rather, that they hadn’t arrived at it yet.)

Indeed, As Tall As Lions  is most definitely a pop-rock album, but like no other on the market.  The band distinguishes themselves from the masses by using their keen knowledge of harmony, and poetic edge to write some of the most heart-gripping choruses that I’ve ever heard.  Even their single, “Love Love Love” is a brimming example of their vocal interplay… and its message is warm, heartfelt, and relatable.  The tracks, “StabCity,” “Song for Luna,” and “Milk and Honey” ALL showoff Dan Nigro’s impressive abilities as a leading vocalist—his signature “quiver” as a tool to exude enough passion for the band as a whole.  Instrumentally, Saen Fitzgerald is both talented and innovative, choosing to color each song from a variety of angles in lieu of abiding by the standards of the guitar frontman. 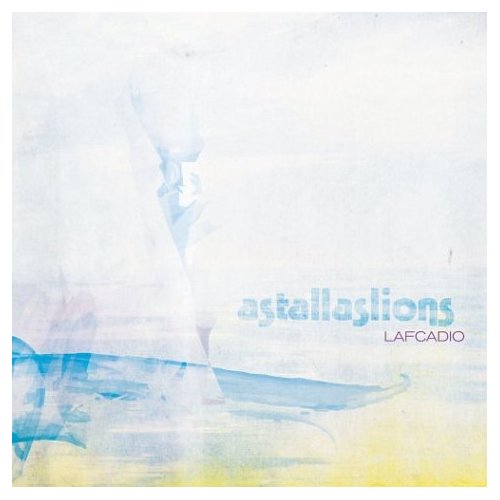 Going backwards still, with Lafcadio (2003), I expected (or feared) to find a punk album—that’s not a bad thing, but I admit that I feared such immaturity would be the natural ancestor to many of the sounds I heard in the recent two albums, and would taint my otherwise pristine image of the band as visionaries.  And while it’s indeed true, the album did not speak from the future, it did however strike me as an album that was entrenched in its time, pulling off the moody ebbs of youth better than most bands of that time.  The album evoked the Alternative contemplations of that early 2000s variety. (Perhaps its lack of refinement was why it never gleamed the spotlight, at the time.)  But where some would hear an unrefined sound, I heard the powerful, inalienable emotions of young adulthood, in tandem with a passionate regard for artistic self-expression.  It is their most sullen work—a tear drop that hasn’t yet fallen.  But given time and maturity, the foundations laid by Lafcadio rear a blaring inevitability that this group would come into their own, and come to master a range of emotions, cuing each at whim. With this in mind, I find As Tall as Lions’s career to be analogous to a long, passionate relationship, between lovers who grew together, before they sadly grew apart.

As Tall as Lions, we’ll miss you…